Though mathematics is the main thing my life revolves around,  it’s not the only thing. I love doing few other non-mathematical things. Few months ago I watched the movie “Ship Of Theseus” by Anand Gandhi , and it is one of the few movies I have agreed to watch twice. In case you are curious to know about Theseus’ paradox, I will suggest this ted-ed video

As you may be aware of, there are a lot of people who are not mainstream mathematicians (i.e. working in a Research Organization in a specific research area) but still claim to love mathematics. They are called recreational-mathematicians (like Dattaraya R. Kaprekar, Tanya Khovanova,…), maths-popularizer (like Eric Temple Bell, Constance Reid,
Simon Singh,… ), maths-historians (like Bartel Leendert van der Waerden, Jacqueline Anne Stedall,… ) etc.  But I want to become a mainstream-mathematician (like full time professors in research organizations). Why?

I want to become immortal (i.e. to exist as long as humans exist).

You may be think that I have lost my mind, but please continue reading…

I hope we agree that our wish to live (as opposed to fear of death) motivates us to live. Paul Erdős used to tell following story about his second discovery as a child (first being that of negative numbers):

I believe that Paul Erdős has indeed gained immortality, we just keep listing about his conjecture being proved now and then (recent one: Erdős-Rado sunflower problem).

From a biologist’s point of view (by the way, I also study a bit of Biology), our body along with our consciousness defines us as an individual. So, for a human to become  immortal his/her body as a whole must be preserved as it is. But, biologists have faced a dilemma of  conserving body versus consciousness. If you preserve body, by eliminating defects from our body at DNA level (since not every organ can be transplanted) , the you lose the distinctiveness in personalities (like clones) since all will be perfect and thus identical (causing threat to evolution). If you preserve consciousness, by transferring it to an artificial body (which will become reality with advent of quantum computing), then you lose your body (a major part of your personality).

But, I believe that the only way to become immortal is by publishing (articles, books, movies, songs,…) and propagating (lectures, discussions,…) your ideas among others. As we know that our body is immortal in a sense that all its atoms remain as such (law of conservation of mass, energy…), and form various molecules like the molecules of life. For example, say an animal dies in a forest (without human intervention). After few days the microorganisms inside & outside the body (which are much more than the number of cells of that animal) will start decaying the body and release different chemicals. These chemicals will attract different insects which will start consuming the body and finally scavengers will completely clean the flesh part. The bones will take longer time depending on environmental conditions. Now these insects and scavengers will be consumed by bigger animals (and eventually, may be, by humans). In this way the atoms from the dead animal will disperse among various life-forms but will never cease existence. In case of humans, we make this process to take longer time by doing various rituals. So, if I am able to propagate all of my ideas (which will also evolve over time), then I am immortal. 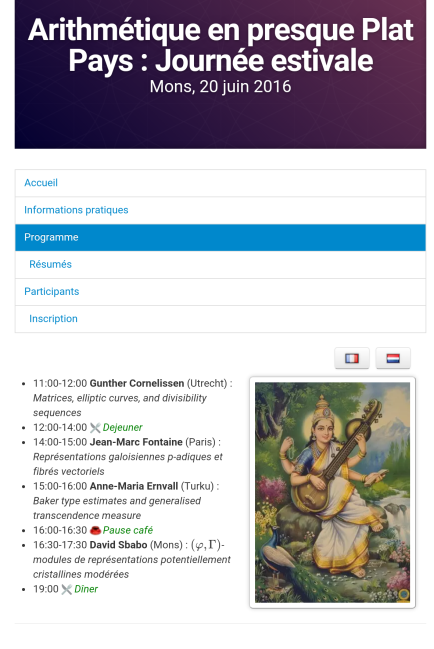 The  immortality “ideology” which I want to adopt is actually what various civilizations have done to make their gods/goddesses immortal! You make a story about a character in written form (which they called “sacred texts”) and propagate among others (which they called “religions”). After some time the stories become part of our life and characters of that story become immortal. I view the “library of Alexandria” as power house of  Egyptian civilization, since it was a major center of scholarship. Same is true for eminent people (the people about whom biographies are written and movies are made) in modern society.

In my opinion, only mainstream researchers like scientists, psychologists, economists, etc. have an opportunity to gain immortality. Whereas people like non-innovative-teachers, librarians, science-popularizers, non-research physicians, non-research engineers etc. ensure immortality of others, just like the craftsman reproducing work  of ancestors again and again thus helping to keep the work alive.  So, all professions are about “collecting knowledge” but what makes researchers stand apart from other professions is their ability to “create knowledge“. So all professions are important but in different prospective. For example, if you want to become powerful, become politician and so on….