Primes are not randomly arranged (since their position is predetermined) but we can’t find an equation which directly gives us nth prime number. However, we can ask for a function (which surely can’t be a polynomial) which will give only the prime numbers as output. For example, the following one is used for MRDP theorem: 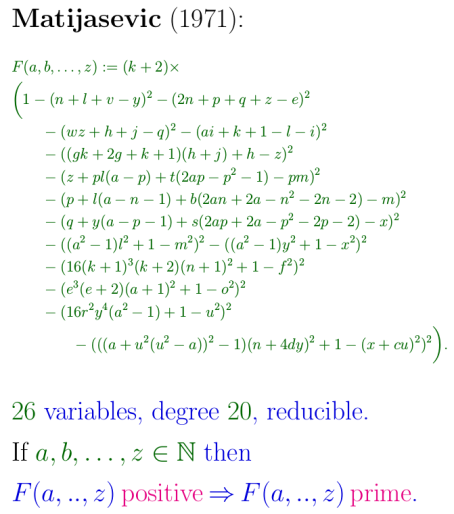 But it’s useless to use this to find bigger primes because the computations are much more difficult than the primality tests.

if and only if 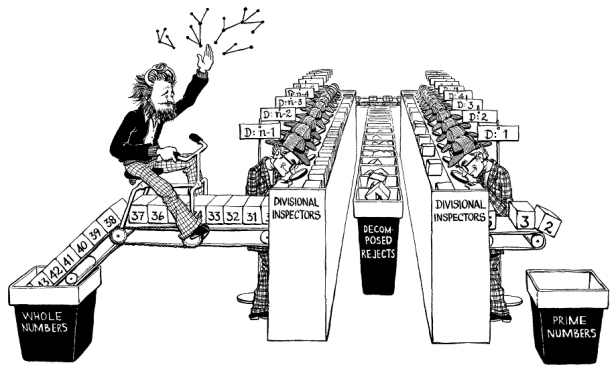 PRIMEGAME is based on a Turing-complete esoteric programming language called FRACTRAN, invented by John Conway. A FRACTRAN program is an ordered list of positive fractions together with an initial positive integer input n. The program is run by updating the integer

PRIMEGAME is an algorithm devised to generate primes using a sequence of 14 rational numbers:

If you have some knowledge of computability and unsolvability theory, you can try to understand the working of this Turing machine. There is a nice exposition on OeisWiki  to begin with. 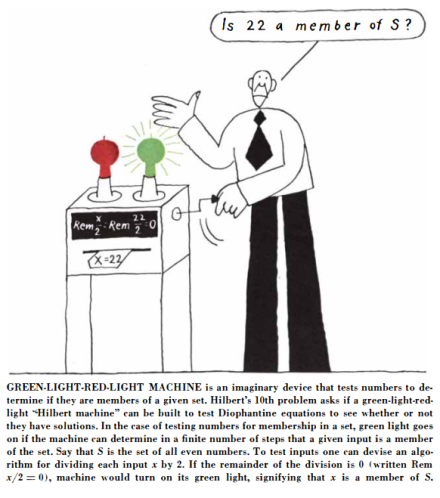 Following is an online program by Prof. Andrew Granville illustrating the working of PRIMEGAME:

Motivation for this post came from Andrew Granville’s Math Mornings at Yale.